When members call, their needs are often urgent: they have questions about eligibility, authorization or medications. HPSM fields 2,000 calls a week across its two call centers and does so under strict guidelines. 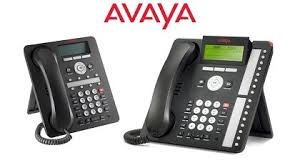 “Under federal mandates, we have to answer 80 percent of calls within 30 seconds and keep our abandonment rate at no more than 5 percent,” says Jose Santiago, Member Services Manager. “And we are required to answer calls in five different languages.”

Adding to the challenge, in the past decade the organization and its membership have doubled in size. To accommodate staff growth, in 2015 HPSM relocated to a new facility.

With the move, the organization took the opportunity to redesign its IT infrastructure from the ground up. To gain more efficiencies, HPSM leveraged its virtual environment to further simplify management and reduce cost. Virtualizing the environment allowed HPSM IT to replicate mission-critical applications off site for business continuity.

At the same time, HPSM sought to replace its outdated voice and contact center solutions to meet its stringent member service goals.

HPSM evaluated leading voice and contact center solutions, and found Avaya rose to the top for capabilities that would help meet its service goals and save time for staff. Additionally, Avaya would simplify reporting for the contact center team.

“What really swayed us toward Avaya was the reporting,” says Jeff Buck, IT Operations Manager. “We are required to give regular, detailed reports to federal and state entities, and Avaya provided the speed and level of detail we need to generate those reports.”

The Avaya architecture also fit with the company’s vision for addressing business continuity goals. With the Avaya solution, HPSM was able to replace PRI circuits and legacy hardware with SIP trunking. SIP trunking was found to be a more reliable service with increased redundancy. With SIP in place, the IT team no longer has to maintain hardware, wiring or circuit boxes, and only pays for the lines it needs.

Avaya CMS Supervisor delivers a number of next-generation features to help HPSM reduce hold times and abandonment rates. With a dashboard, HPSM can view every aspect of contact center operations in real time, enabling dynamic changes not possible before.

With details on the number of calls in queue, time to answer, agents on break, and more, HPSM can shift resources to keep answer times within targeted service levels. If someone has held longer than a minute, they can see that call flashing in red and mobilize any available agents. Previously, they had to wait a week to run reports for that same information.

From a management perspective, HPSM uses Avaya Elite Multichannel to listen in on live calls, to identify training opportunities and improve service continuously.

HPSM also relies on Avaya CMS Supervisor to simplify regular state and federal reporting. For one, they’re able to deliver metrics not available before, such as the number of members agents serve in each language. Additionally, automated and custom reporting saves as many as 200 man hours over the course of a year.

“Before, it took us half a day every week to create reports,” HPSM says. “Now it takes just five minutes. Instead of building reports, We can spend more time working with the staff on raising service levels.”

From an IT perspective, Jeff Buck finds managing Avaya “a million times better” than with the previous, archaic system. The same goes for moving phones or setting up new ones. “Moving to Avaya was like going from DOS to Windows,” he says. “If something took 10 steps before, now it might take two.”

He also finds peace of mind in the system’s reliability, allowing him and the team to focus on other IT goals. Looking ahead, HPSM plans to roll out additional features in Avaya Aura to elevate service, including Call Back Assist to return calls for members who choose not to wait in queue.

“When members need authorization for a medical service, it’s important that they reach someone quickly,” Buck says. “Avaya Aura really gives us the tools to provide better service to our members."