Stock up on these phones while they last 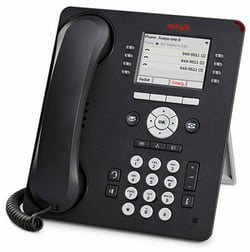 Avaya has announced that their 9608 and 9611 IP phones will no longer be available for sale as of June 11th 2019. The 9608/9611 series phones will be replaced by the J100 series phones who's newer firmware releases are only compatible with newer Avaya platforms.  The 9608 and 9611 phones were some of Avaya's most popular phone models so you can bet that current stock of these phones will sell out soon. Let us help you make sure you have the phones you need.